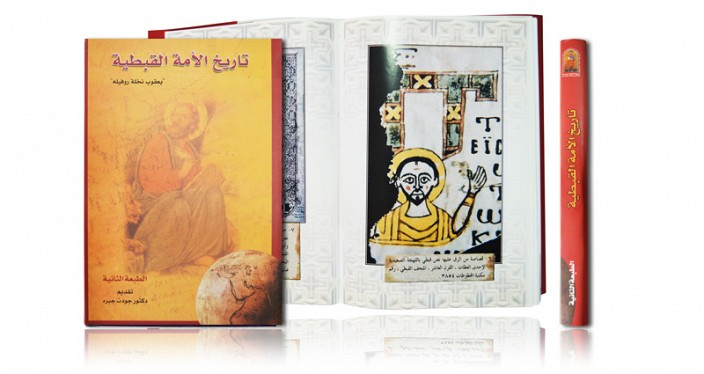 History of the Coptic Nation

Published by Mr. Yacoub Nakhla Rofela in 1898. This is the first book published in Arabic and deals with the history of the Copts. He studies the material and manuscripts which were available in the Churches and Monasteries. It was the first book that revealed the political, social, and economic status of the Copts in Egyptian society and the relation with the governors over time. It was also the first book to draw attention to the importance of protecting the Coptic antiquities and the old Coptic manuscripts, as well as the need to have a Coptic Library and a Coptic Museum.