The focus of the pilot project was Deir al-Salib, The Monastery of The Cross. The monastery has two churches, one of which, the west church, has been extensively renovated. The east church, which is older, is particularly noteworthy for the two altars it has on its center altar, one of which is extremely old. The other monasteries photographed were:

The photographs of the other monasteries were done as part of an initial survey process and consequently may not be the same level of quality as the photographs at Deir al-Salib. They are intended to capture the scope of the project as each monastery and church offers its own unique challenges.

While maintaining the quality of these scouting photographs was a concern, most were taken either handheld, or with flash, and consequently are not as sharp and clear as would be expected from the final product. (Note: Numbers on the floor plans for Deir al-Salib are referenced in the legends of the photographs on the following pages.) 4 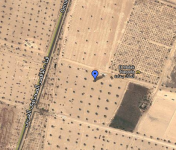