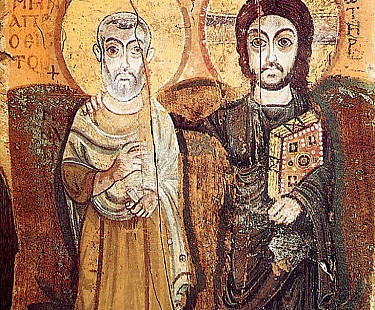 Christianity and Monasticism in the Fayoum Oasis

Essays from the 2004 International Symposium of the Saint Mark Foundation Christianity began in the large and fertile Fayoum Oasis of Egypt’s Western Desert as early as the third century, and its presence has endured to the present day.

This volume, which constitutes a tribute to the scholarly work of the father of modern Coptology, Martin Krause, contains contributions on various aspects of Coptic civilization in Egypt’s largest oasis over the past eighteen hundred years.

The contributors are all international specialists in Coptology, from Australia, the Czech Republic, Egypt, France, Germany, the Netherlands, Poland, Russia, and the United States. A number of the studies included in this volume deal with recent archaeological discoveries at Dayr al-Banat, the early Christian graves in the necropolis at the eastern edge of the Fayoum, and the monastic settlements and medieval Coptic cemetery at Naqlun.

Others provide through examinations of archaeological sites at Karanis, Tebtunis, and Naqlun. Contributions cover the rich Christian literary heritage in Greek, Coptic, and Arabic, while art historians touch on the famous Fayoum portraits and their influence on the production of Coptic icons, as well as on the medieval wall paintings at Naqlun and in textiles, metal objects, and basketry from the region.

This important volume provides for the first time an up-to-date, comprehensive treatment of Christianity and monasticism in the Fayoum Oasis.