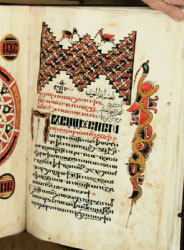 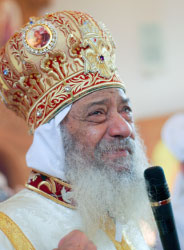 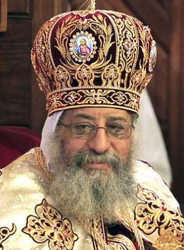 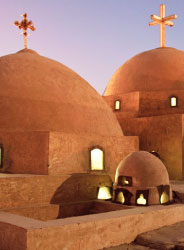 The idea of establishing the Foundation first occurred in end of 1997 to Dr. Fawzi Estefano, who lives in the United States. He put the idea to His Holiness the Pope Shenouda III, who approved it and give it his official “blessing” on 23/2/1998. His Holiness also generously provided the Foundation with an office in the Coptic Studies Institute building in the Anba Ruweis complex in Cairo to enable it to carry out its activities in Egypt and to fulfill the purpose for which it was founded, which the Pope’s blessing states as follows:

“This Foundation shall carry out thorough research and collect complete and documented information on Coptic history since the coming of Christianity to Egypt up to the present. Its studies will include all the areas of Coptic history, embracing all the references it can obtain in the libraries and museums in Egypt and abroad.

The Foundation has to publish its research and books on a regular basis and in a systematic way to ensure that they are available to the greatest number of individuals, churches, libraries, organizations, and to our colleges and religious institutes. The Foundation is to be a definitive resource and reference for Coptic history.”

His Holiness also exhorted all the Bishops and prelates of the Church, the clergymen and professors in the Seminary and in all its branches in Egypt and in the West, and all those concerned with Coptic studies to offer all the facilities they have so that this project might succeed and be to the building and consolidation of our Holy Church.

The Editorial Board of the Foundation has accomplished the following:

Coptic sculptures with the looped cross 6th and 7th centuries

The looped cross derives from an ancient Egyptian hieroglyph, the ankh-sign. In 391 when Patriarch Theophilus ordered the razing of the Serapeum in Alexandria, many examples of the hieroglyph were still to be seen on its walls. A dispute between Christians and pagans ensued over the symbol’s reference, with the Christians asserting its meaning as the Lord’s cross. In fact the Copts had ‘Christianized’ the sign somewhat earlier in the fourth century.

In the ancient Egyptian hieroglyphic script, the ankh-sign was used to write the noun ‘life’ and the verb ‘to live.’. In Coptic art the looped cross appears in various techniques and media—on tombstones and in architectural sculpture, in textiles, manuscript illumination, metalwork, and even ceramics.