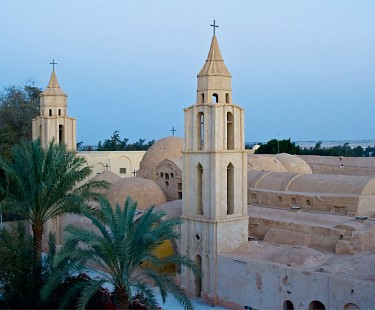 Essays from the 2002 International Symposium of the Saint Mark Foundation and the Saint Shenouda the Archimandrite Coptic Society.

Wadi Al-Natrun, a depression in the Western Desert of Egypt, is one of the most important centers for the development and continued thriving of the Coptic monastic tradition. Christianity and monasticism have prospered there from as early as the fourth century until the present day, when four major monasteries still flourish.

Here, international specialists in Coptology examine various aspects of Coptic civilization in Wadi al-Natrun over the past seventeen hundreds years. The studies center on aspects of the history and development of the monasticism in Wadi al-Narun, as well as the art, architecture, and archaeology of the four existing and numerous former monasteries of the region.